Per calendar year, the average Australian uses 130kg of plastic.

Of that 130kg, just under 16kg is recycled per Australian person. 130,000 tonnes of plastic finds its way into waterways and the ocean (1). As plastic reaches the ocean it threatens marine wildlife. When plastic is produced, it is made to be versatile, strong and durable. Unfortunately, most plastic is made to be used once before it is discarded. While plastic is convenient, it often ends up in landfills, rubbish in public parks, on the side of the road and floating in our oceans for hundreds of years before it breaks down into microplastics.

At an individual level, we can make changes to our lifestyle to reduce plastic usage. Ideas include choosing products with no or minimal plastic, remembering to use a reusable shopping bag, bringing a reusable cup for a takeaway drink purchase and saying no to plastic straws and cutlery. Scientists and businesses are also stepping up to the challenge of reducing plastic waste. Most recently Dutch and Irish scientists have made groundbreaking innovations. While supermarket chains look to assist with waste management. Locally, in Australia, recycling continues to reduce waste via container deposit schemes.

The Dutch reduce plastic in the ocean

There is significant plastic waste in the sea that washes up on beaches and finds it's way into the middle of the ocean. This plastic generally starts on land, is dumped in rivers and canals and then drifts to the sea. With the current rate of plastics making it's way to the ocean it is predicted to outweigh all fish in the ocean by 2050 (2). The Dutch have recently engineered a barrier to significantly reduce plastic waste from reaching the ocean. 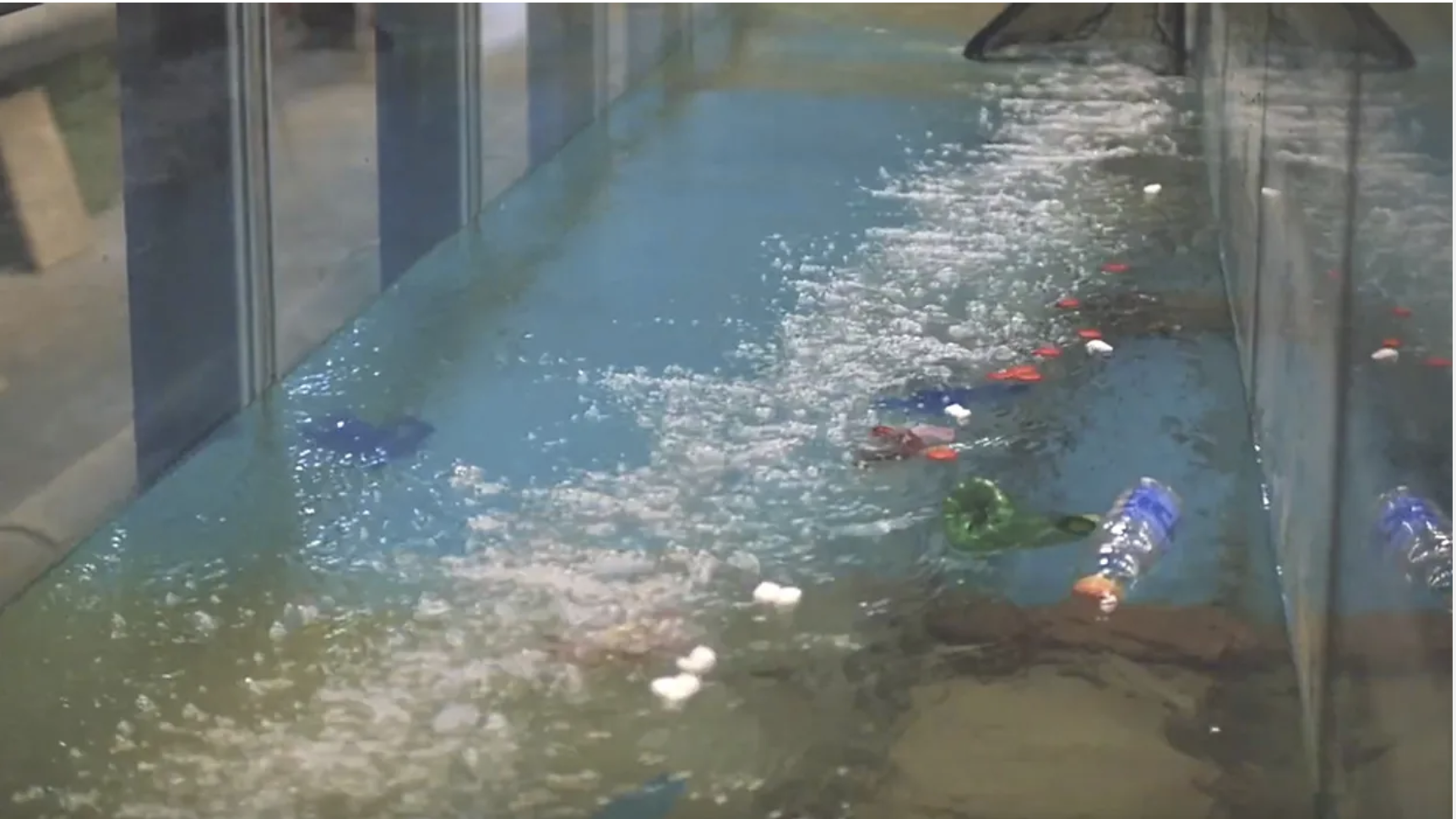 A Dutch start-up has launched a device that is a barrier to remove plastic from canals and rivers whilst still allowing fish to swim through and boats to pass. 'The Great Bubble Barrier' worked together with local government in Amsterdam and launched the device in a canal that empties to a river which feeds into the North Sea (3). The device consists of a pipe over 60 meters long. The pipe is punctures with holes and is placed on the bottom of the canal in a diagonal position. Compressed air is then pumped into the pipe, this air forms bubbles as it leaves. Given the diagonal position, pieces of plastic are pushed toward the canal side of the bubbles and a floating platform captures the waste (3). Initial testing shows that this technology ushers 80 percent of the plastic waste to the banks of the canal for collection that would otherwise drift to the ocean. Working 24 hours a day this technology does not interfere with wildlife or shipping.

Fionn Ferreira, an 18-year-old from West Cork, Ireland won the Google Science Fair in 2019 receiving $50,000. His methodology removes microplastics from water (4). Microplastics are defined as having 5nm or less and are too small to filter or screen during wastewater treatment. Often, these plastics are included in soaps, shower gels, and facial products as they assist in exfoliating the skin. These plastics can also come off clothing during wash cycles. 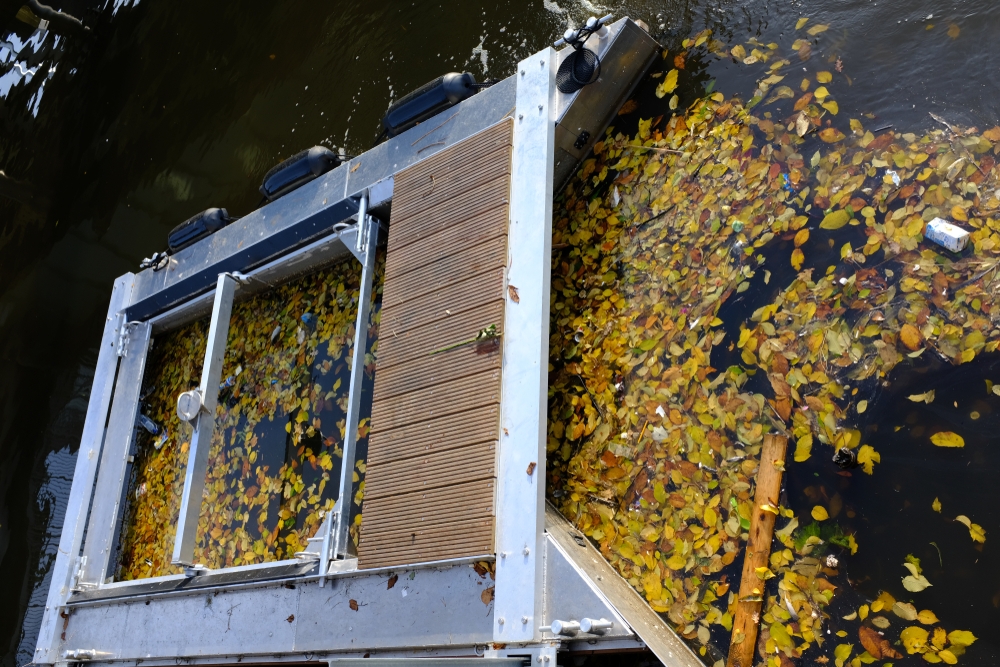 Microplastics make their way to waterways and are virtually impossible to remove with filtrations. Unfortunately small fish eat microplastics, the larger fish then eat the smaller fish. Microplastics are concentrated into larger fish species that humans consume (4). Fionn used a combination of oil and magnetite powder to develop a ferrofluid in water containing microplastics. The plastics combined with the ferrofluid which was then extracted. Once the microplastics bound to the ferrofluid Fionn used a magnet to remove the solution and only leave water. After 1000 tests, the method was 87% effective in removing micro plastics of all kinds from water. The most microplastic effectively removed was that found from washing machines, polypropylene – the hardest to remove microplastic. Fionn's hopes to scale the technology to be able to implement at wastewater treatment facilities.

Woolworths in the UK is allowing shoppers to bring their own containers to take home seafood, meat and deli items. The company is planning to trial the option to customers to provide their own packaging to cut back on disposable plastic (5). The retailer is asking staff to clean the supplied container before customers are given their orders. Woolworths UK said their biggest challenge was preventing overcharging to customers due to the container's additional weight. A Woolworths spokesman said 'they are always looking for ways to run stores more sustainably' (5).

In South Australia, Foodland Pasadena and Frewville have become the first supermarkets in the state to accept bring-your-own containers in the hope of further reducing the use of single-use plastics (6). The introduction of the scheme called 'Pack and Go' has resulted from a recent trial. Customers are able to pre-purchase approved containers from the store. They are commercially cleaned, reused and swapped by the store to maintain the highest standard of food safety. The containers can be used for bulk foods, cheeses, salads, deli meats, olives and spices. In the future, the scheme may be extended to raw meats.

The above technologies are great, but capturing and recycling plastic waste before it becomes microplastic is better. Container Deposit Systems was formed with a vision to oversee the implementation of improved operations practices in recycling facilities. Through changes in workflows, material handling, logistic processes, facility layout and design, customer interaction and data acquisition and management CDS seeks to evolve recycling facilities into efficient, modern service facilities. CDS works with current and prospective operators of recycling facilities seeking to grow business which set best practice in the industry.